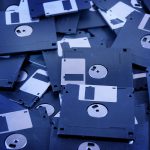 In the late 90s, when internet became ubiquitous in our homes, I discovered a little abandonware website called Home of the Underdogs.

The site offered free downloads of old PC games. Freeware ? No. Abandonware. The term was coined online and meant to describe games that were no longer distributed, whose publisher had disappeared or that were old enough that no one apart from their original fans even remembered them.

So, that’s not legal then, is it? Well, it was definitely one of those grey area that the internet is so good at uncovering and exploiting. The games were made available for free, but they were also not available for purchase. At the time, GOG.com did not exist of course. Digital distribution was not even a concept, Steam didn’t exist. So, how was one supposed to play Master of Magic anymore? Most people would probably shrug and say “you just don’t, who cares”. Well, there was a rapidly growing community of people who definitely cared. We were thousands of nostalgic gamers wanting to reconnect with the games of our past, and the games we had missed the first time around. It was a community of volunteers who would share their old copies and Home of the Underdogs was THE waterhole where we would all gather.

Home of the Underdogs (HotU) was not only a platform to download the games (and software), it was pretty much a museum of yesteryear’s gaming. Every game had its own detailed description and the whole site was used not only for preservation, but for the celebration of gaming’s history.

Since the late 90s, abandonware has changed a lot, it pushed the limits of piracy and received severe pushback by publishers who were still around. Many sites who had crossed the line got shut down, only to reopen on a different address and get shut down again. But, one day, HotU, which was by far the biggest site, the largest archive, and the most professionally run site of them all, finally shut down. The toll that running the website, combined with the constant fighting with publishers who did not want abandonware to exist in the first place, in case they decided to resell their old games, proved too much for the owner and sole developer of the site : Achavanuntakul. Her legacy was saluted by all the fans of those old games. But to be completely honest, the amount of people who put their money where their mouth was and helped her support the site financially, was just not enough to keep the whole thing afloat.

Transition to the mainstream

Later, sites like GOG.com, which was called Good Old Games at the time, would take up the mantle of the conservation effort that abandonware sites had spearheaded, and repackaged those old games, made them work on modern systems and sold them without DRM for cheap. It was a huge success that lead to GOG.com being arguably the only real competitor to Steam on PC. But the spirit of abandonware did not die completely.

Home of the Underdogs came back, albeit on a much smaller scale, and there are still to this days a handful of great abandonware sites that continue the original effort to document (I’ll let you google them though, it’s still a slightly grey legal area), preserve, and distribute the old games that have not made it onto GOG.com. I will even go as far as to say that the slew of old PC games that have been making a comeback on digital distribution platform, from Crusader No Remorse, to Z, to Bad Mojo, and hundreds more, are all coming back thanks to the early pioneering efforts of the abandonware community and HotU in particular.

GOG has taken a very interesting stance regarding the current landscape of the abandonware scene, they advertise their service on most of those sites while not taking direct actions against them, and the abandonware website simply remove links to the games they are distributing when they appear for sale on GOG. A very “laisser faire” attitude that feels right at home on a site that still prides itself as the only major digital retailer that offers its games DRM-free (at least whenever they are allowed to by the publishers).

Abandonware is probably what led me to my long term interest in video games. Of course I was

always into games, and started playing them around 3, but I never had access to a lot of them and had to read about most games in the pages of magazines. Abandonware sites were the first time I got to delve into all those games I could only imagine back in the day, and doing so cemented my love for them. It turned a you amateur into a rabid adult consumer, with a Steam and GOG library that is shamefully overblown. I did love those games I had only seen in magazine, I was right to be interested in them, those were the gems I thought they were.

Were it not for abandonware, I would probably never have grown so fond of old games and looking back at the originals that inspired entire genres of modern titles. Abandonware sites cultivated and developed my ability to understand games in their larger context and see their evolution.

I think that as long as we don’t have libraries that allow everyone to go through the extensive catalogue of games that a specific designer put out, or a specific genre, or even a specific year, abandonware sites are not only a great source for nostalgia, they are a necessary historical archive of where games come from.